Rosabell Laurenti Sellers (born March 27, 1996) is an Italian-American actress. She is best known for her role as Tyene Sand in the HBO series Game of Thrones, and Mia in the real world and the voice actor of elven Mia in Season 1 and 2 of Mia and Me. She appears on the show from 2011-2015.

Sellers was born in Santa Monica, California, grew up in New York City before moving to Rome.She has one brother and one sister: Diego Laurenti Sellers and Lucia Luna Laurenti Sellers. Her parents are Mary Sellers and Fabrizio Laurenti. And they are also actors and producers.

Sellers made her debut in the theater in 2004 at the age of eight, when she and her brother were assigned to the part of the children of Medea in the production of the theater company La Mama. After staging in New York and a tour of the same show in Poland and Austria, she moved briefly to Rome that same year with her family.

After she arrived in Italy, she began to take part in TV and film productions. In 2006 she participated in the mini-series directed by Maurizio Ponzi's E poi c'è Filippo, the years following in L'amore e la guerra, the television series Medicina generale and the television movie Fuga per la libertà – L'aviatore, the miniseries Coco Chanel and the film Mi Ricordo Anna Frank in the lead role. In 2009, in Fausto Brizzi's Ex, while the following year in the miniseries Paura di amare.

In 2010, Sellers played the daughter of Kathryn Bolkovac (Rachel Weisz) in Larysa Kondracki's The Whistleblower. In 2012, she took part in the TV series Una grande famiglia and arrived on Rai 2 in the series Mia and Me, alternating sequences in live action scenes created in computer graphics. In June 2012 she took a part in Edoardo Leo's Buongiorno papà, alongside Raoul Bova. Meanwhile, at the 69th Venice International Film Festival, she was presented in Ivano De Matteo's Balancing Act and in A Liberal Passion, alongside Alessandro Preziosi and Valentina Lodovini, loosely based on the 2008 novel by Chiara Gamberale.

In 2015, she joined the cast of the HBO series Game of Thrones in Season 5 as Tyene Sand.

As of March 2017, Sellers is studying at the Guildhall School of Music and Drama in London.[11] Sellers has participated in many equestrian competitions and has also studied tap dance.[1] Sellers is fluent in English and Italian.

Sellers founded the Young Actors for Humanitarian Involvement, to get teen Italian talents involved in charities such as ActionAid and Smile Again. She also serves meals at Rome's Comunità di Sant'Egidio soup kitchen.[2] Sellers also has volunteered with another organization called Veto the Squito which helps raise money for insecticide treated bed nets in Africa. She has also collaborated with the League Against Racism and Anti-Semitism.[1] 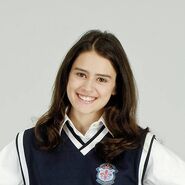 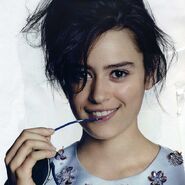 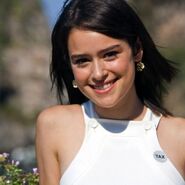 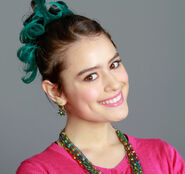 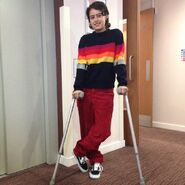 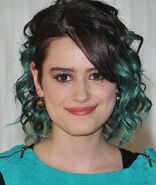 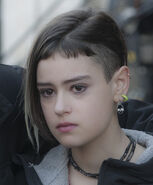 Add a photo to this gallery

Retrieved from "https://miaandme.fandom.com/wiki/Rosabell_Laurenti_Sellers?oldid=14712"
Community content is available under CC-BY-SA unless otherwise noted.